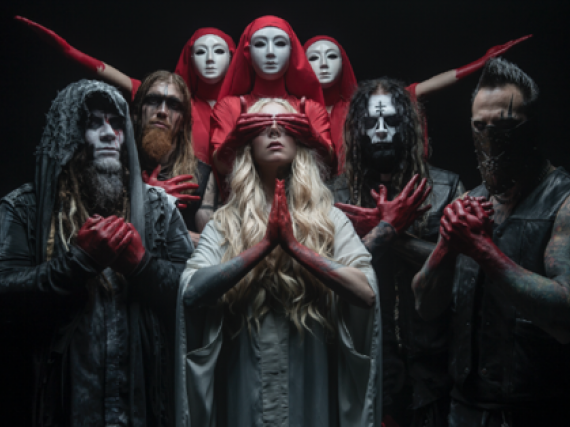 IN THIS MOMENT - "Mother"

IN THIS MOMENT
Tag 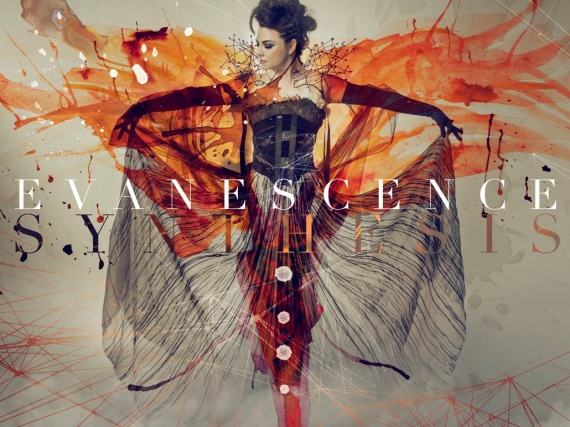 “The majesty of Ms. Lee accompanied by Mr. Campbell’s arrangements was undeniable.”

"Evanescence lead singer Amy Lee made the leap from goth-rocker to opera diva last night, and she and the band led a 28-piece orchestra through a sold-out performance at the Greek Theatre. Both the concert and the album, offer a re-imagining of the group's catalog with a full symphony orchestra, arranged by none other than Beck's father, veteran arranger David Campbell, whose collaboration with the band goes back to the group's first album. The concert was the second of Evanescence's current 'Synthesis Live' tour, as they team up with a different symphony orchestra-under the direction of conductor Susie Seiter-in each city for an 80-minute, 18-song set....Lee firmly re-establishes herself as one of rock's pre-eminent vocalists, exhibiting an impressive range that still packs a wallop, this time cutting through a full orchestra. ...she and the ensemble turn the familiar material--including crowd favorites like the GRAMMY-winning 'Bring Me To Life,' 'My Immortal,' 'Lithium' and 'Your Star'--into full-throttle, wide-screen epics, its themes of loss, guilt and self-doubt enlarged to tragedy on the Greek proscenium. The arrangements substitute strings, woodwinds, brass, synths and drum machines for electric guitars and bass, while maintaining drummer Will Hunt's booming beats (augmented on-stage by album co-producer William B. Hunt)...a synthesis of rock, classical and EDM."

"Lee's big, full majestic voice easily filled the room, backed elegantly by an orchestra and her seated bandmates for a special evening titled Evanescence: Synthesis Live...Wearing a sleeveless, dark green gown and a thick bracelet, Lee came across as friendly and humble, explaining that singing with an orchestra had been a longtime dream. She achieved it with gusto Monday, sounding more New Age than alt-rock as she flawlessly belted out Evanescence songs like 'Lost in Paradise,' encore standout 'Good Enough' and the symphonic-electronic new one 'Imperfection.'"

"...a delight - while Ms. Lee and her bandmates shared the stage with a 28-piece ensemble, her voice emerged as the most noteworthy instrument. It was enough to make you wonder whether she was a rock star or an opera star."

"Few people in rock music have the pipes of Evanescence's Amy Lee. Her soulful tone and distinguished sound are as identifiable as they are unique. Belting out tunes like 'Never Go Back' and 'Lacrymosa' it was clear she was not only there to sing-she came to rock."

"...one of the most beautiful shows...The band and orchestra brought drama and passion to the performance, with front woman Amy Lee's haunting vocals leading the way as they performed songs such as 'Bring Me to Life,' 'My Immortal' and 'My Heart is Broken,' as well as new songs like 'Imperfection.'"

After teasing their fans in recent weeks, Stone Sour have finally debuted the first song off their highly anticipated Hydrograd album! Corey Taylor has been hyping up the record and now fans can join in on the excitement with the music video for “Fabuless” (watch above). While watching, check out the album art and track listing below.

The performance video opens with a roar from the crowd as Stone Sour bump fists before walking onstage. A spotlight guitar lick leads the song and Taylor lets out an “Oh yeah!” to send everything in motion. There’s an ebbing energy to “Fabuless,” delving into tension-building, quieter moments, exploding with rage and washing it away with a soaring refrain.

Taylor had told us that the new album is “flat out rock ‘n’ roll in its best form” (video below) and he keeps to this value in the track, borrowing some familiar lines from rock’s greatest acts (Led Zeppelin and The Rolling Stones), barking “Been a long time since I’ve rocked and rolled / It’s only rock ‘n’ roll but I like it (like it).” 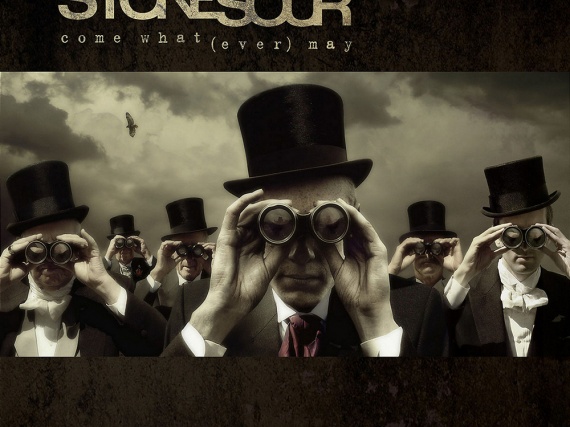 Stone Sour have been using their social media of late to celebrate the 10th anniversary of the band’s Come What(Ever) May album and now they’re readying a special release for the month of December.

Come What(Ever) May will be available on Dec. 16 as a deluxe 10th anniversary edition in digital and vinyl formats. The vinyl will be issued as a 2LP black and gold mixed vinyl and will come with bonus material including acoustic recordings of songs from the album along with b-sides and rarities. Among the acoustic tracks is a cover of the Rolling Stones classic, “Wild Horses.” Meanwhile, you can check out the powerful acoustic rendition of Come What(ever) May favorite “Zzyzx Rd.” in the player at the bottom of this post.

The album was the band’s sophomore set and became a key disc in their career with establishing their future direction. The disc debuted inside the Top 5 on the Billboard 200 Album Chart and was a No. 1 album on the Billboard Rock Albums chart. The song “30/30-150″ was GRAMMY-nominated, while “Through Glass,” “Sillyworld” and “Made of Scars” enjoyed plenty of radio play. Come What(ever) May went on to reach gold certification. The full track listing for the 10th Anniversary deluxe edition can be seen below.

Speaking at the recent Bowl 4 Ronnie fundraiser in Los Angeles, drummer Roy Mayorga told us, “That was my first time and that record just kind of came out of nowhere for me. I was in the middle of rehearsing for other things and the guys called me and needed someone to play on the record and a week later I ended up being part of the band. And now it’s 10 years later and everything’s been going great. It’s an awesome memory and that record to me means a lot. It’s the first thing I got to make with the guys and it’s been great ever since.”

Pre-orders for the Come What(ever) May deluxe 10th anniversary edition are currently being taken at Stone Sour’s official online webstore. Check out the bundle packages and pick up your copy today.